Being a wedding photographer can sometimes give you some chances to take part in something different though extremely romantic and highly emotional. These are Joselyne and Johnny, one of the loveliest couples I have ever photographed, and this is their marriage proposal!
The couple came to Spetses on holidays, for a few days, however, Johnny had decided several months earlier that this island would be the perfect place to ask Joselyne to become his wife! So he had prepared carefully everything for the moment, not only the ring that he would offer to Joselyne but even a photographer to capture the moment secretly to keep it for the rest of their lives!
So, we talked together and arranged all the scenery!  I had to become the spy that would follow them on their way and frame all these exciting, precious moments in my photos! Johnny and I decided the spot where the proposal would take place. The scenery behind was the town of Spetses with the beautiful view of the sunset and the magnificent old houses. The plan was to ask Joselyne just to go for a walk. Then nobody could imagine what would happen!
I was all the time hidden behind a wall and shot them with my telephoto lens. Johnny got from the beginning in the heart of his role. My heart was beating really fast when I saw them coming and I was very anxious because I didn’t want them to realize that I took photos! I had to be a real paparazzi for the need of my role!
Fortunately, everything went perfect! Johnny stopped exactly where we had agreed that was the ideal place and pretending that they had just stopped to get a selfie, he kneeled to ask Joselyne to marry him! Johnny had prepared his words very well and he was so excited that tears dropped from his eyes! Joselyne got surprised and she also began to cry! The moment was so emotional that I really felt like crying too!  A moment like this, I really think of me being very lucky to have the chance to capture such beautiful and personal memories that will escort the couple forever!
After the first moments and the congratulations from me and all the passers-by, we continued taking photographs of them in some other spots of the old harbour until the last light of the day came off. However, the light of their happiness had just enlightened their common life! 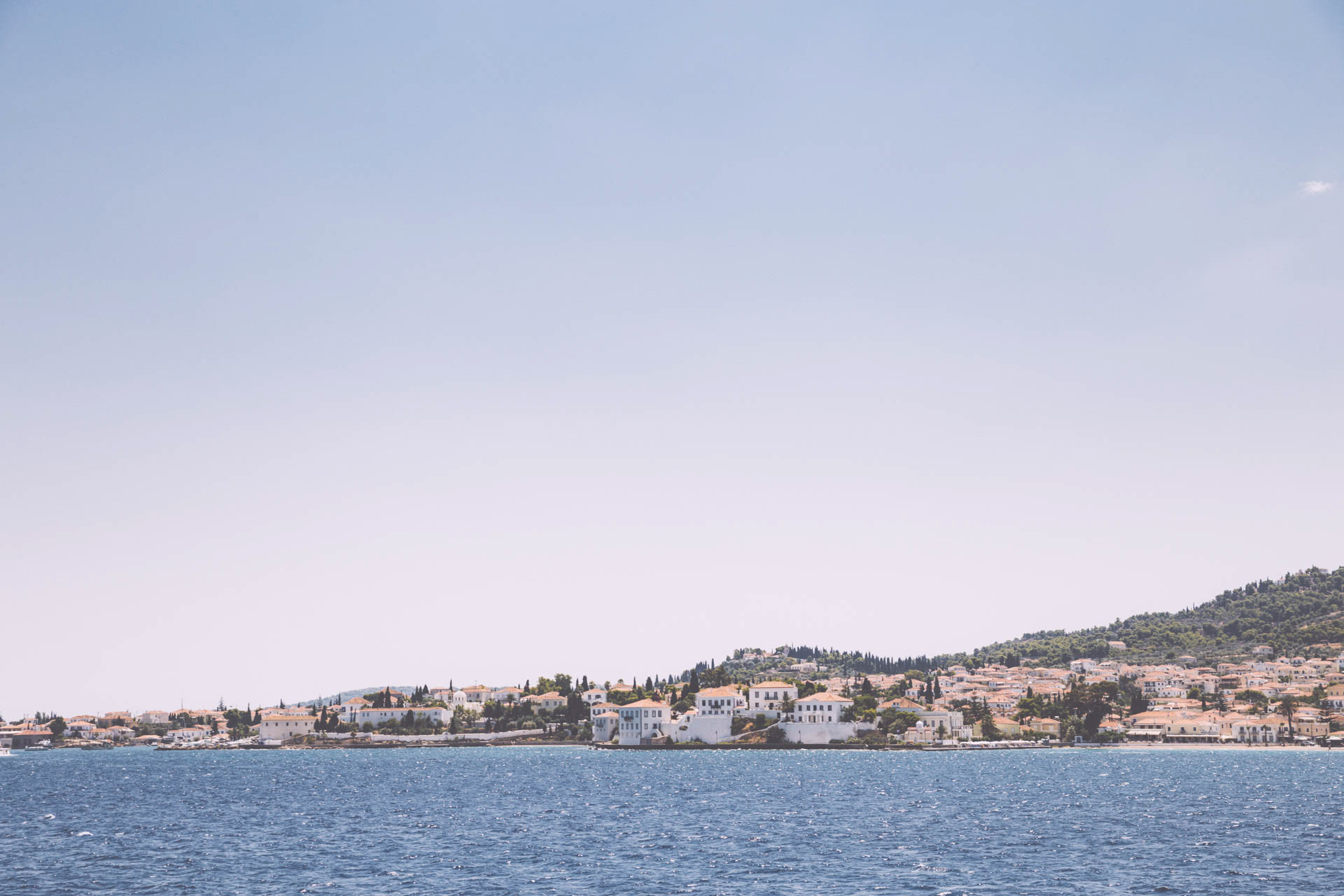 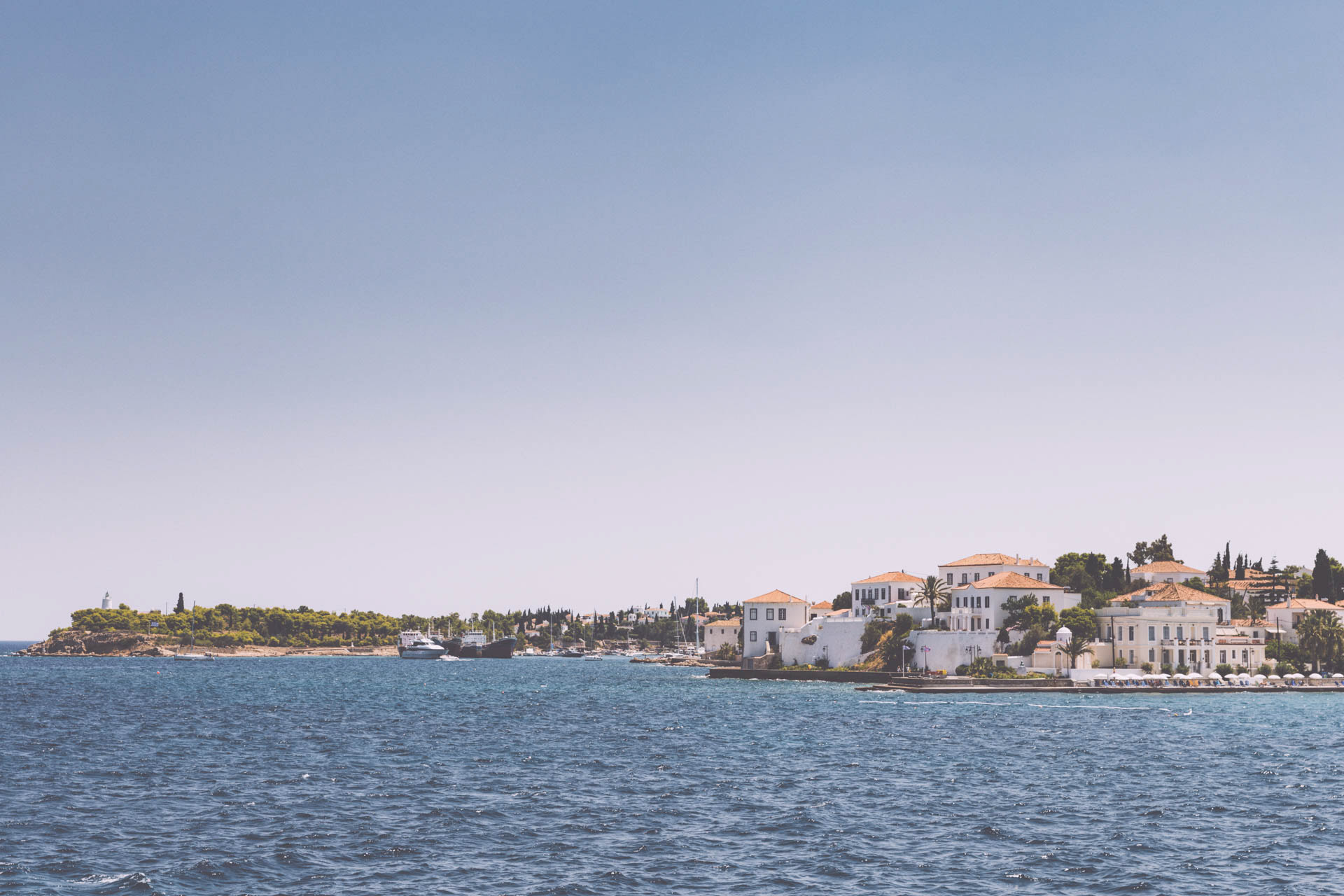 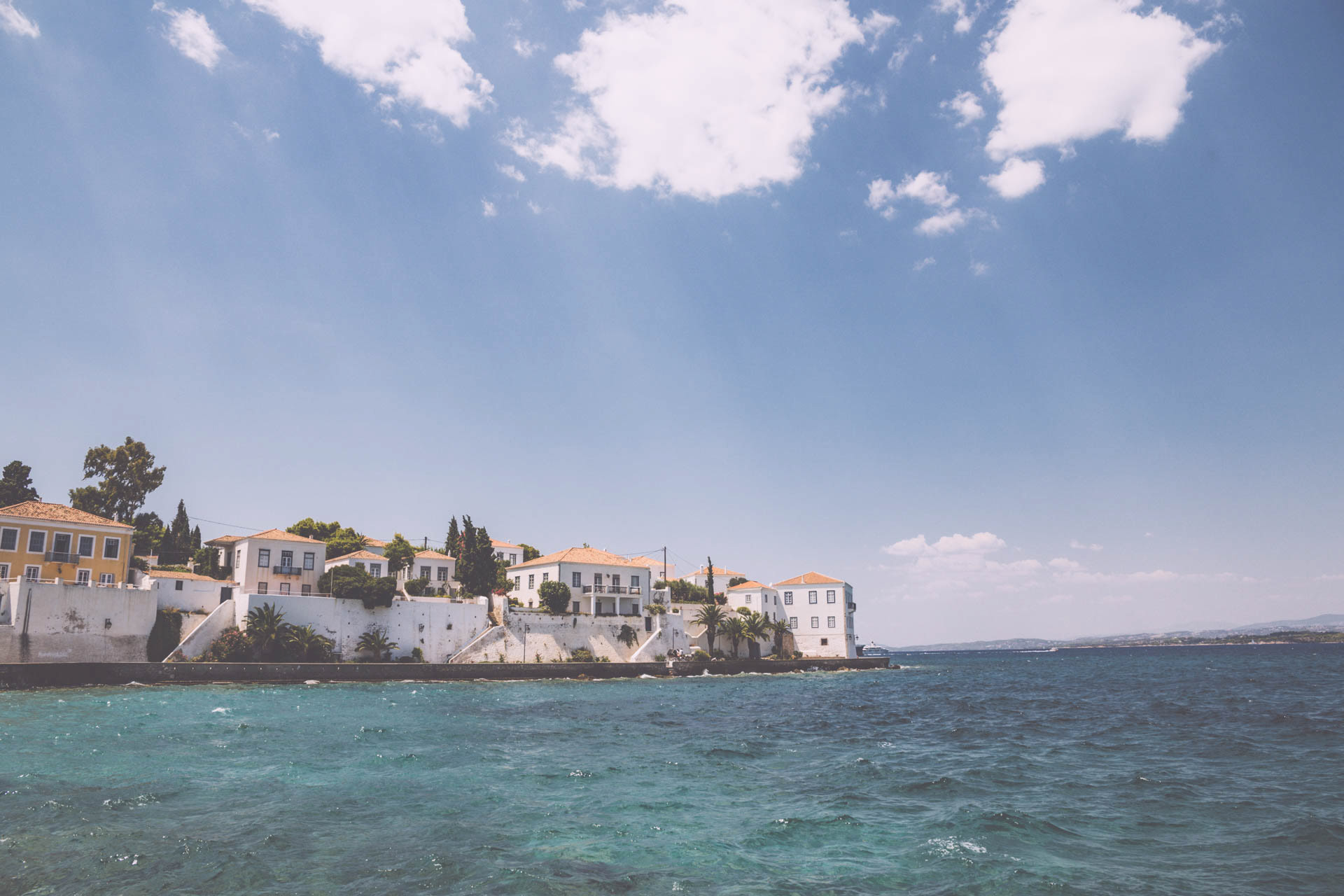 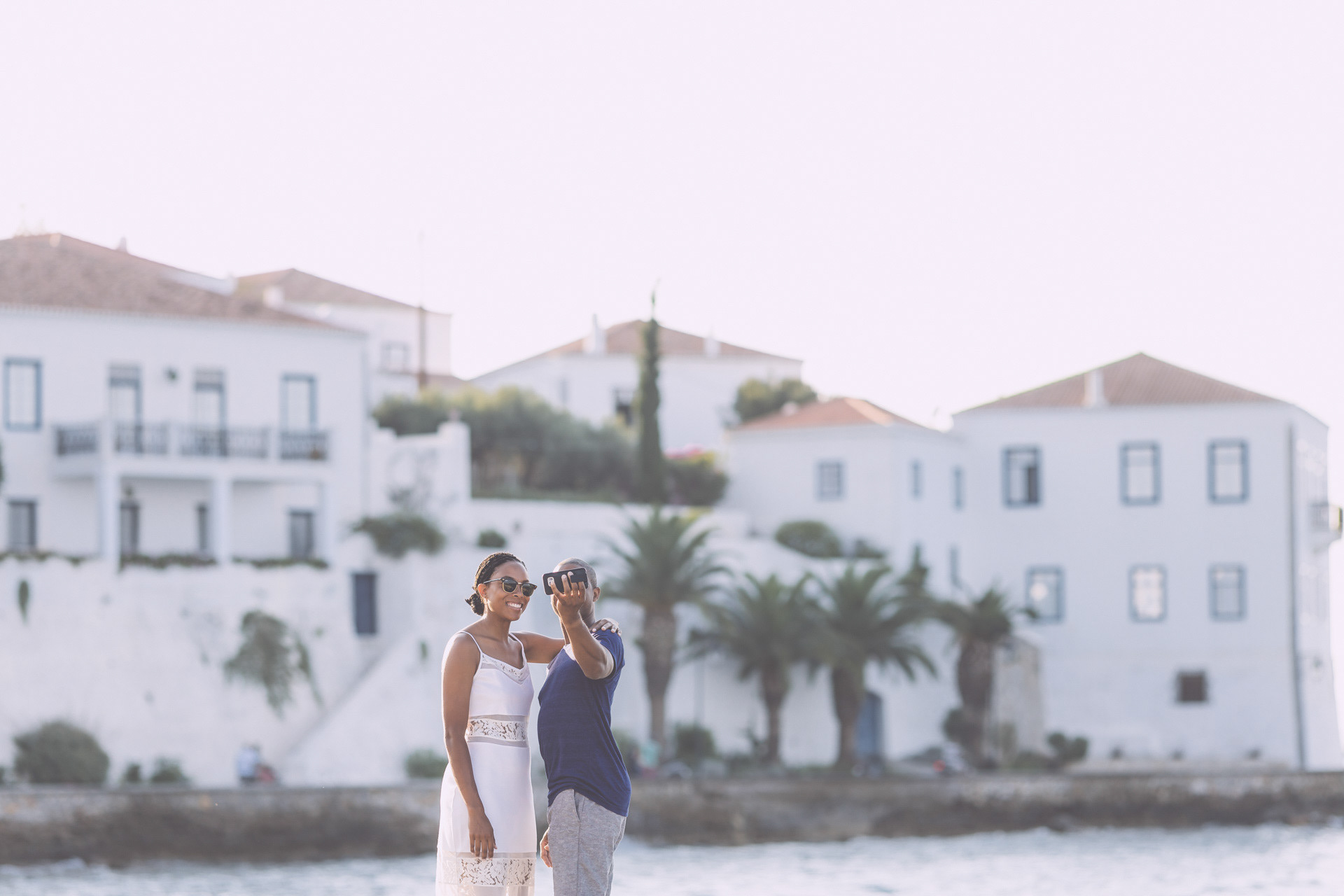 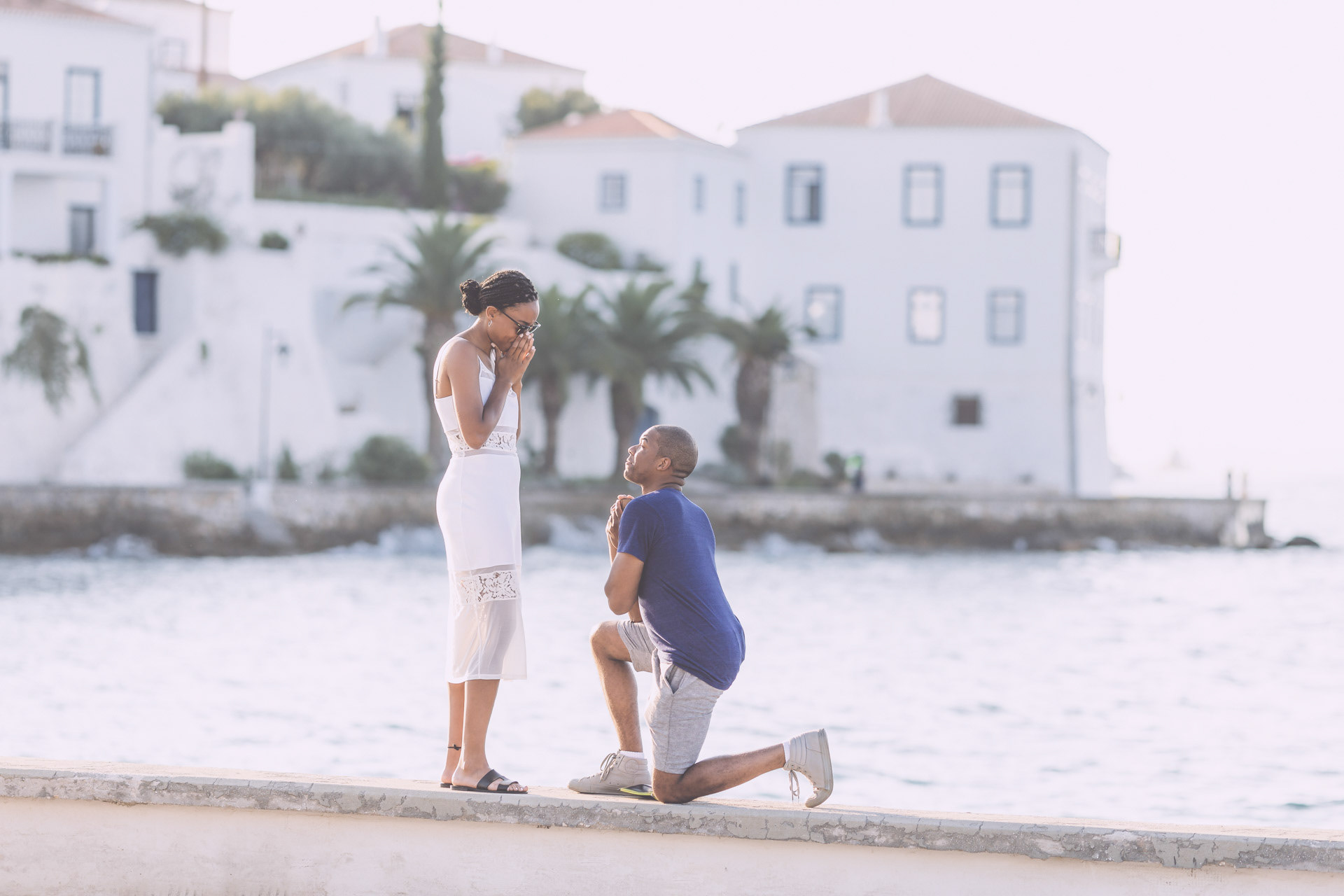 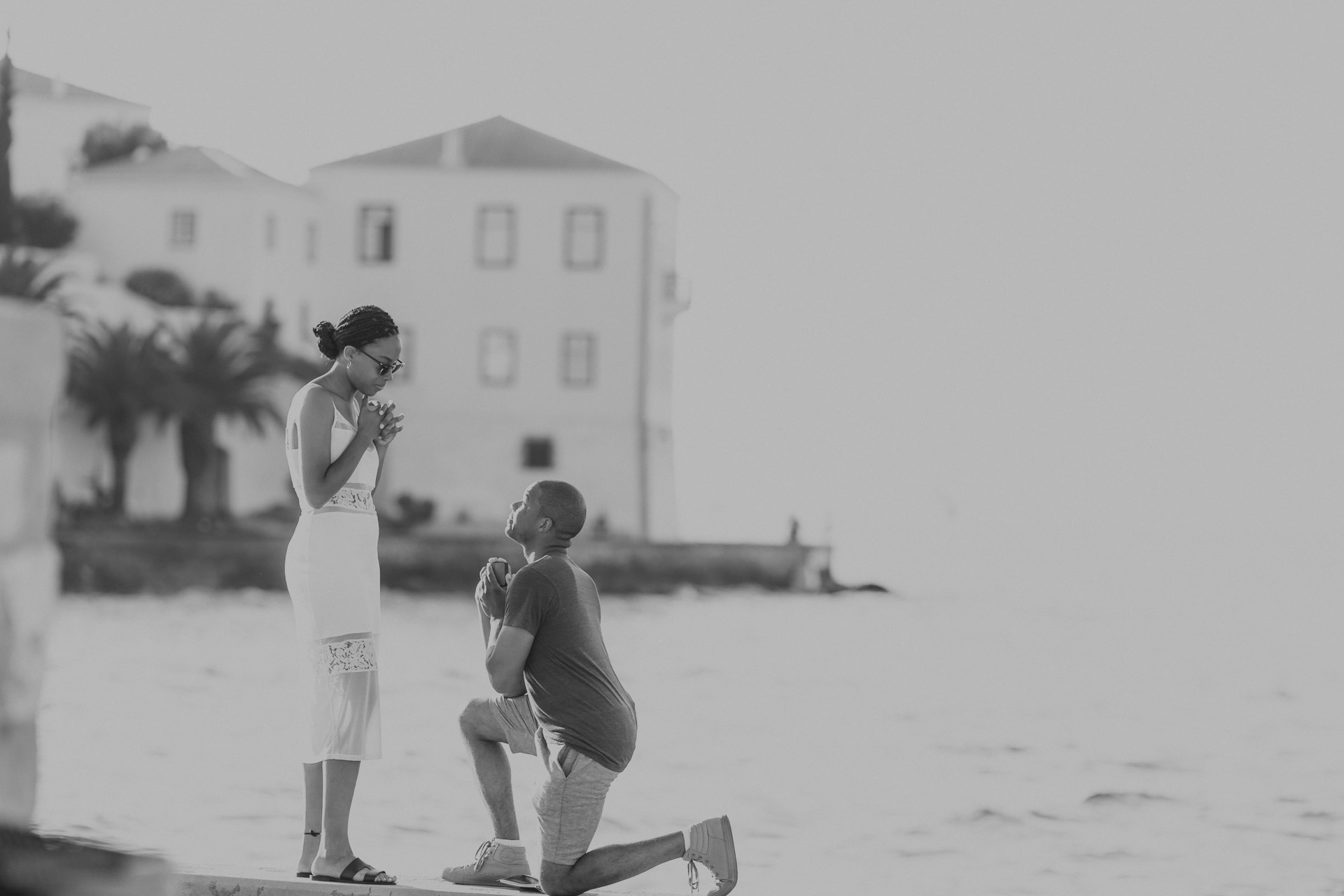 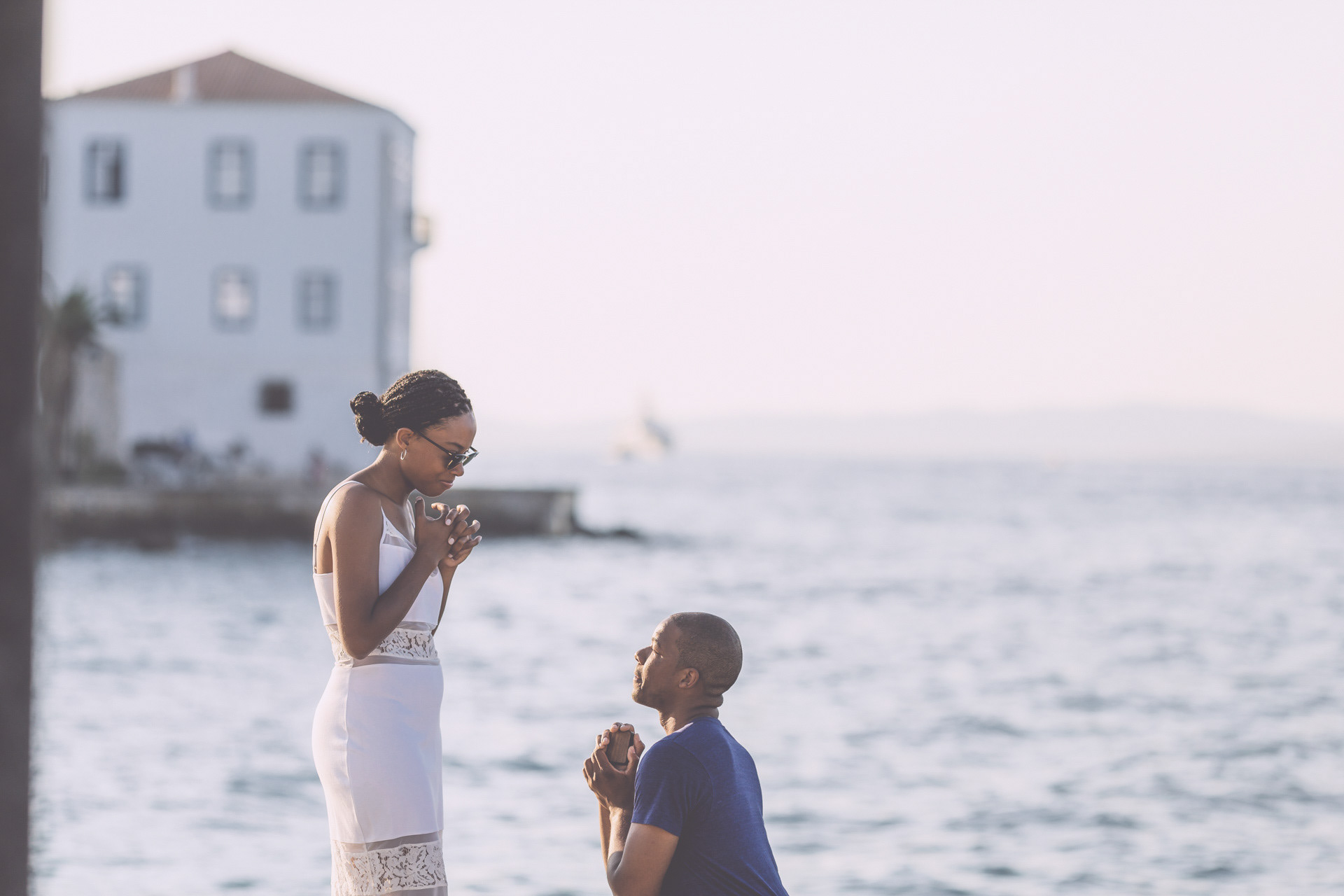 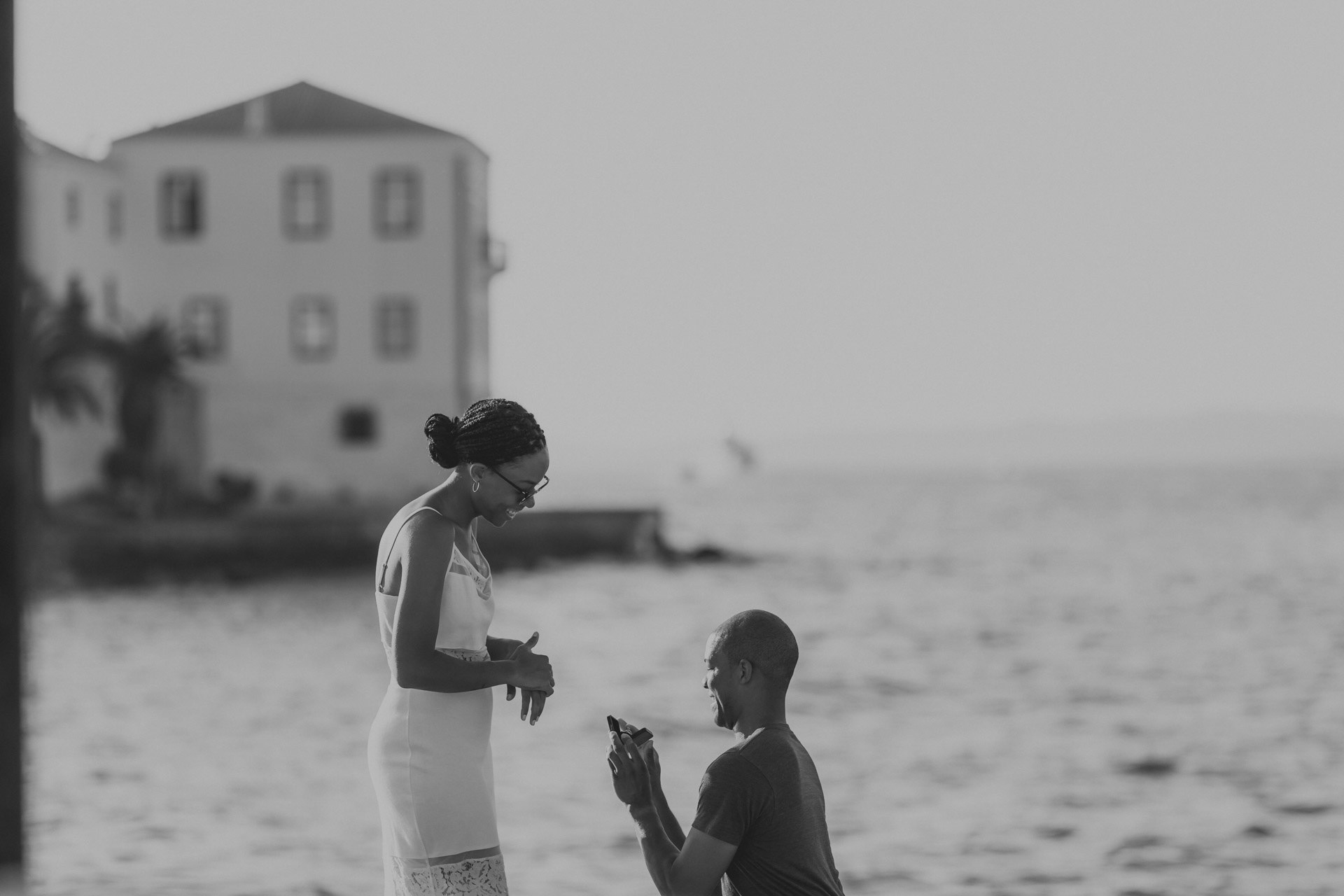 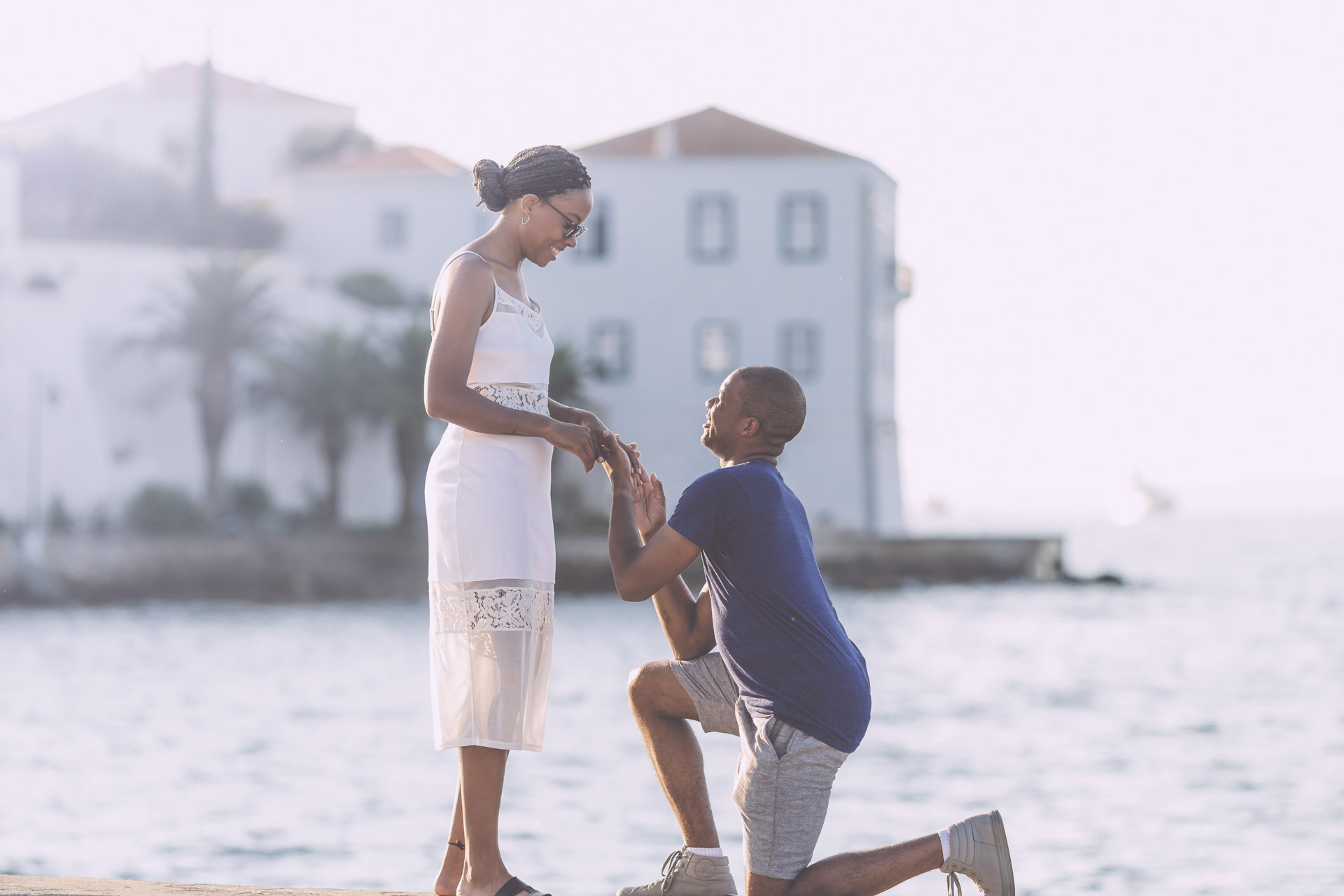 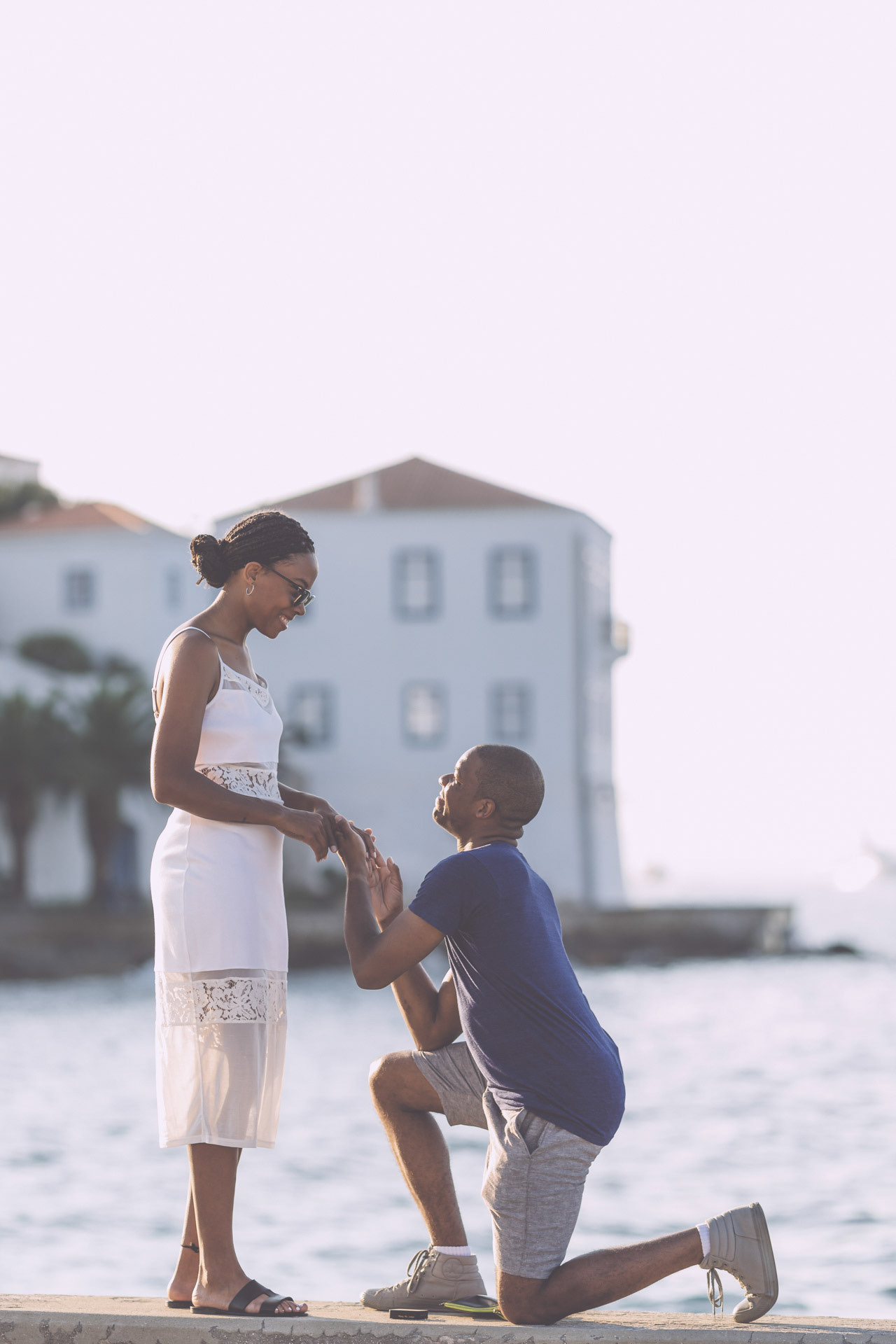 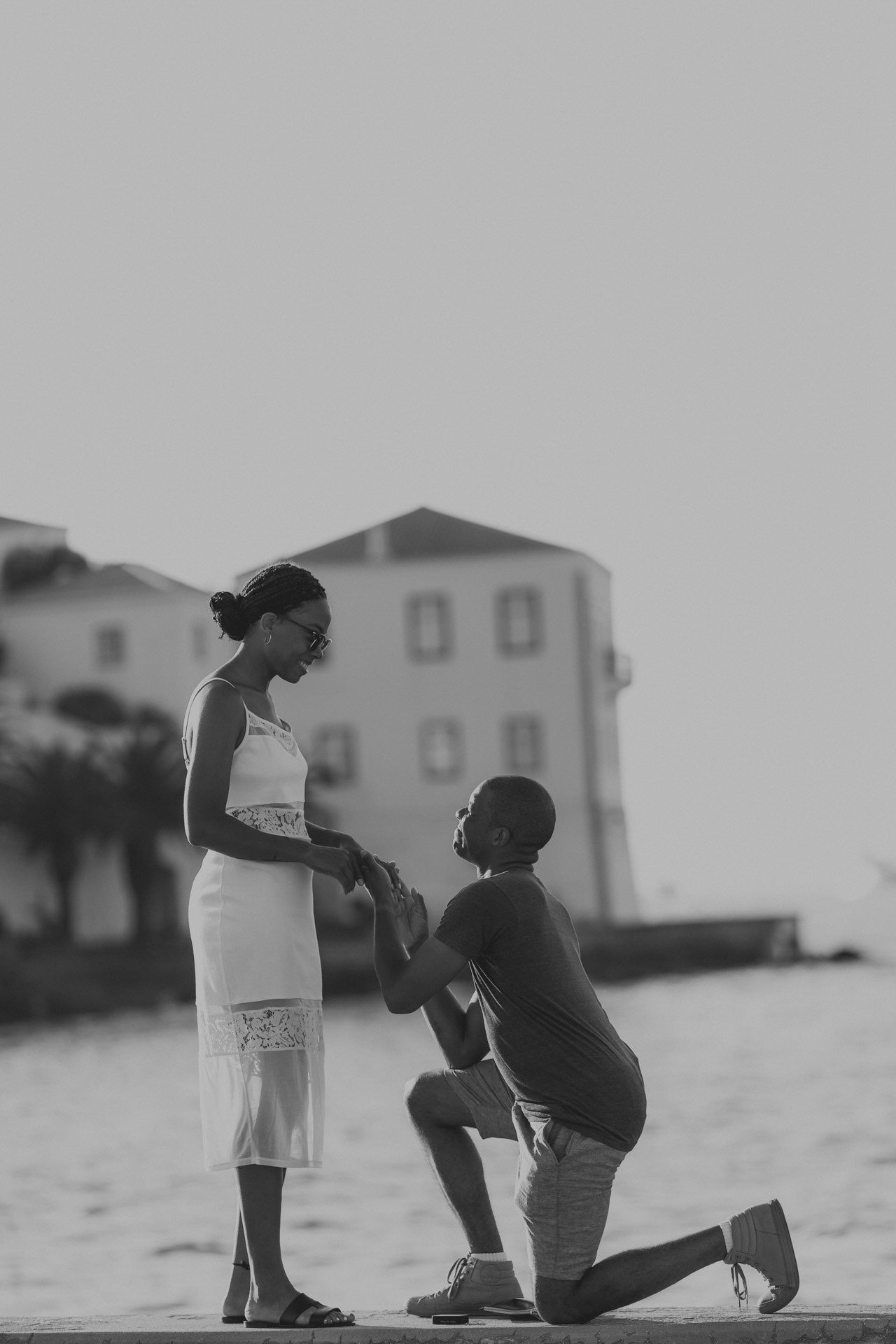 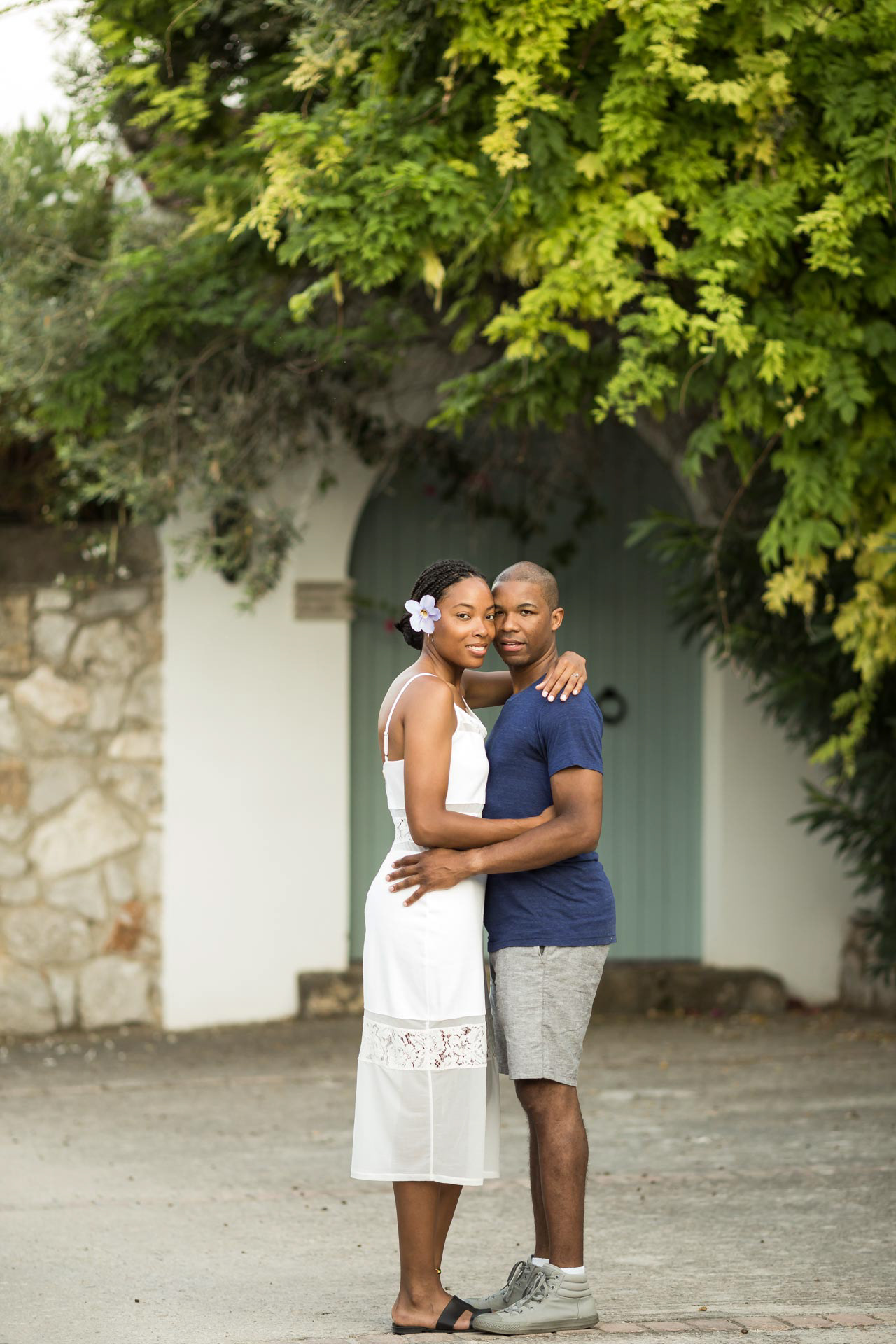 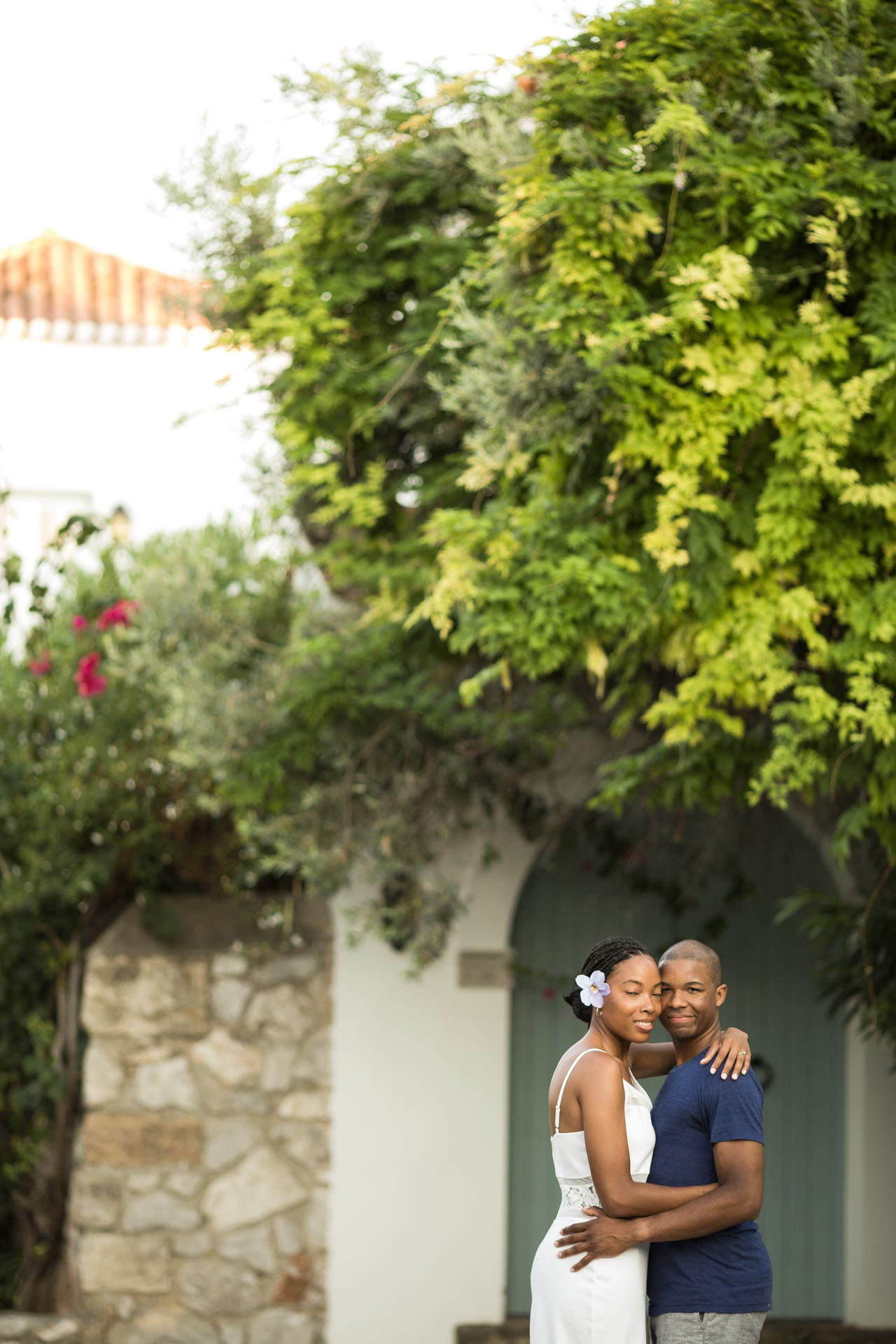 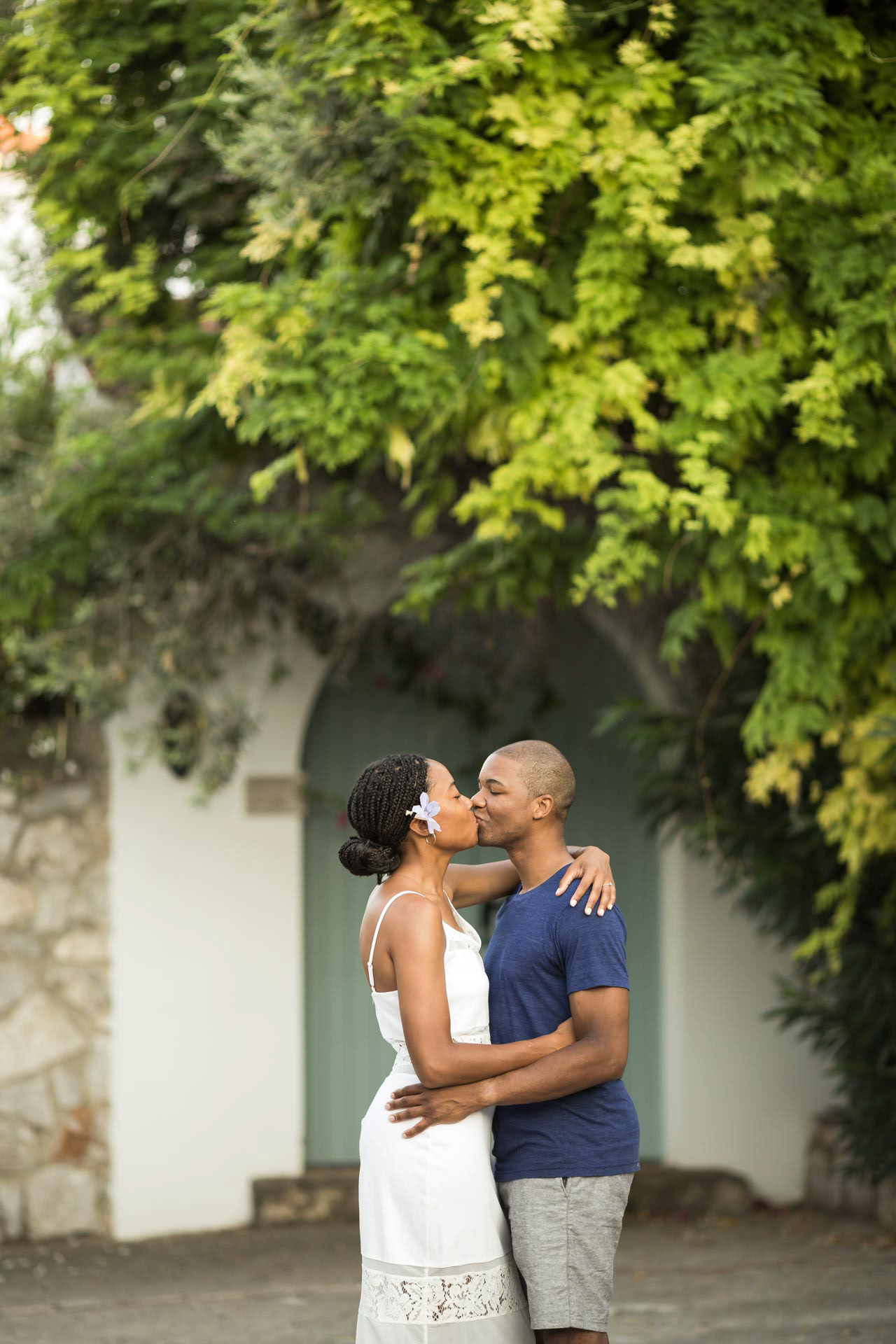 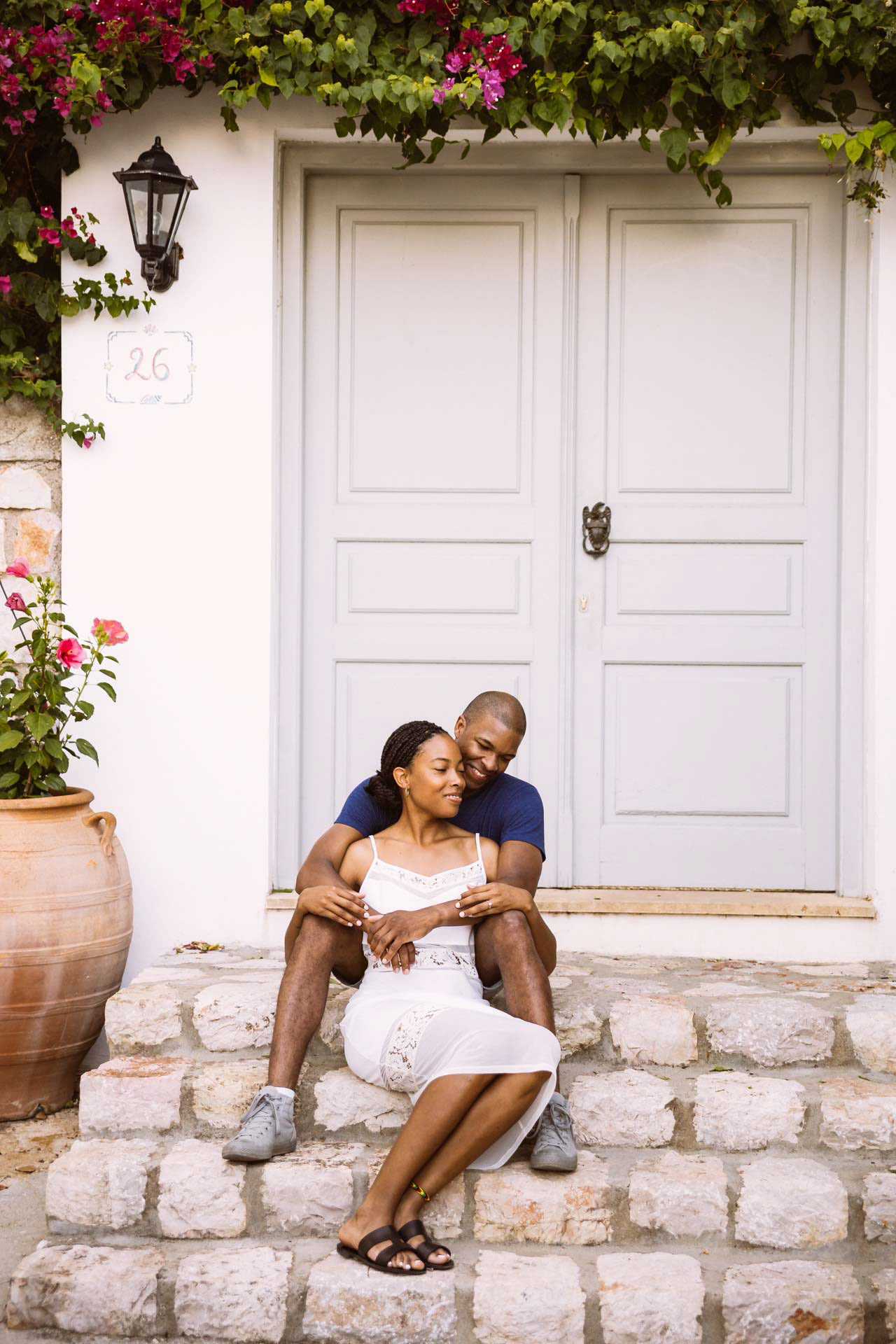 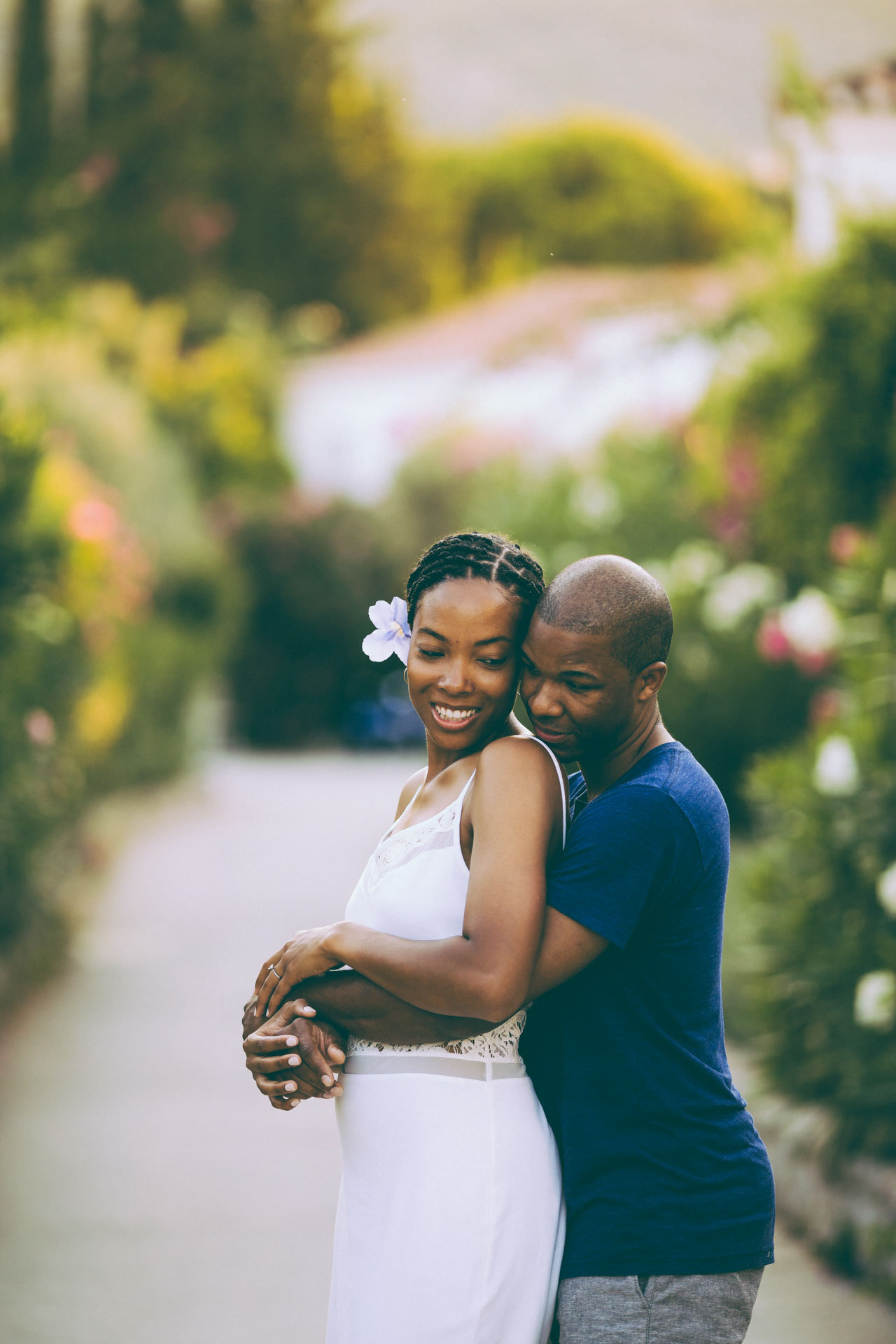 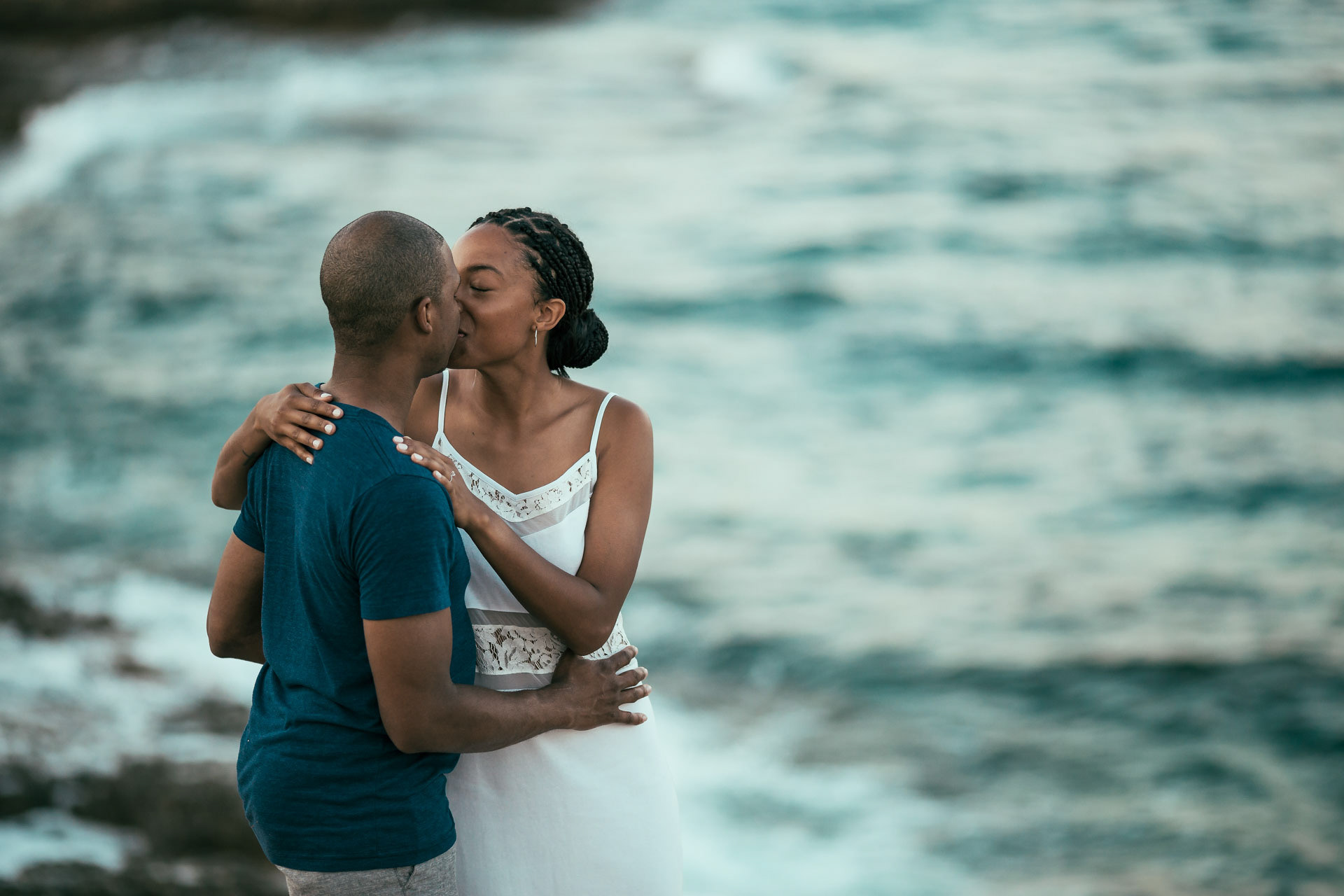 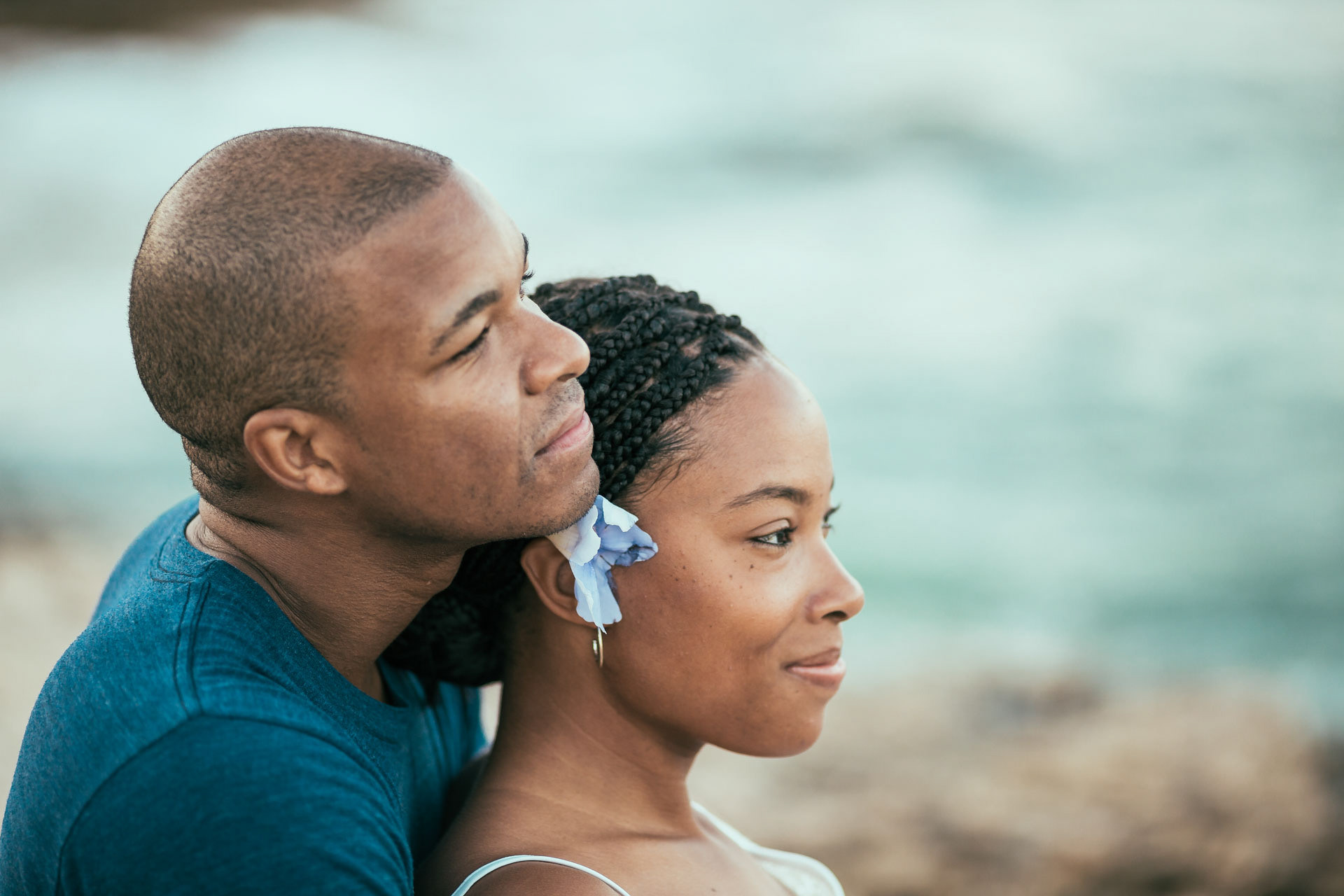 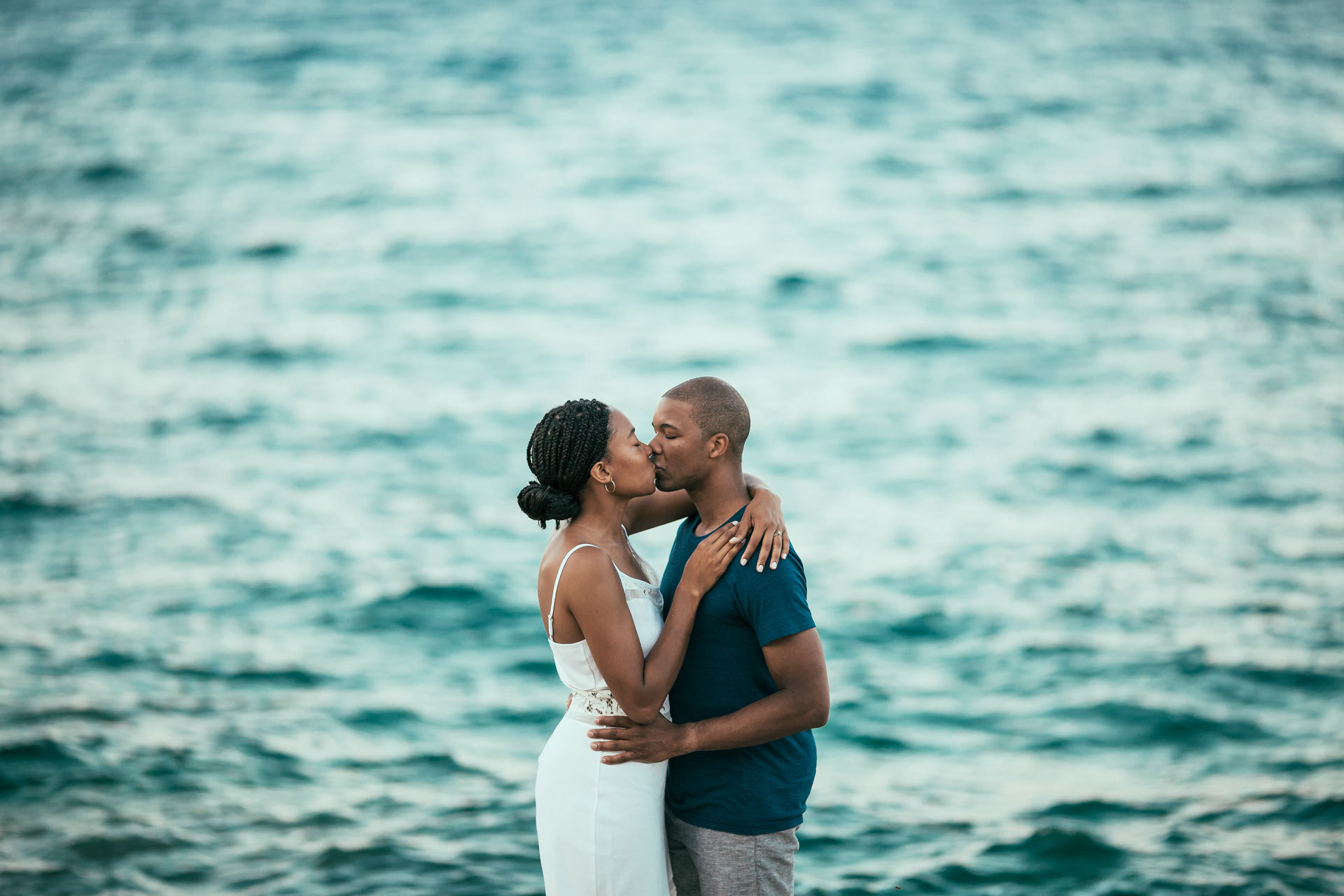 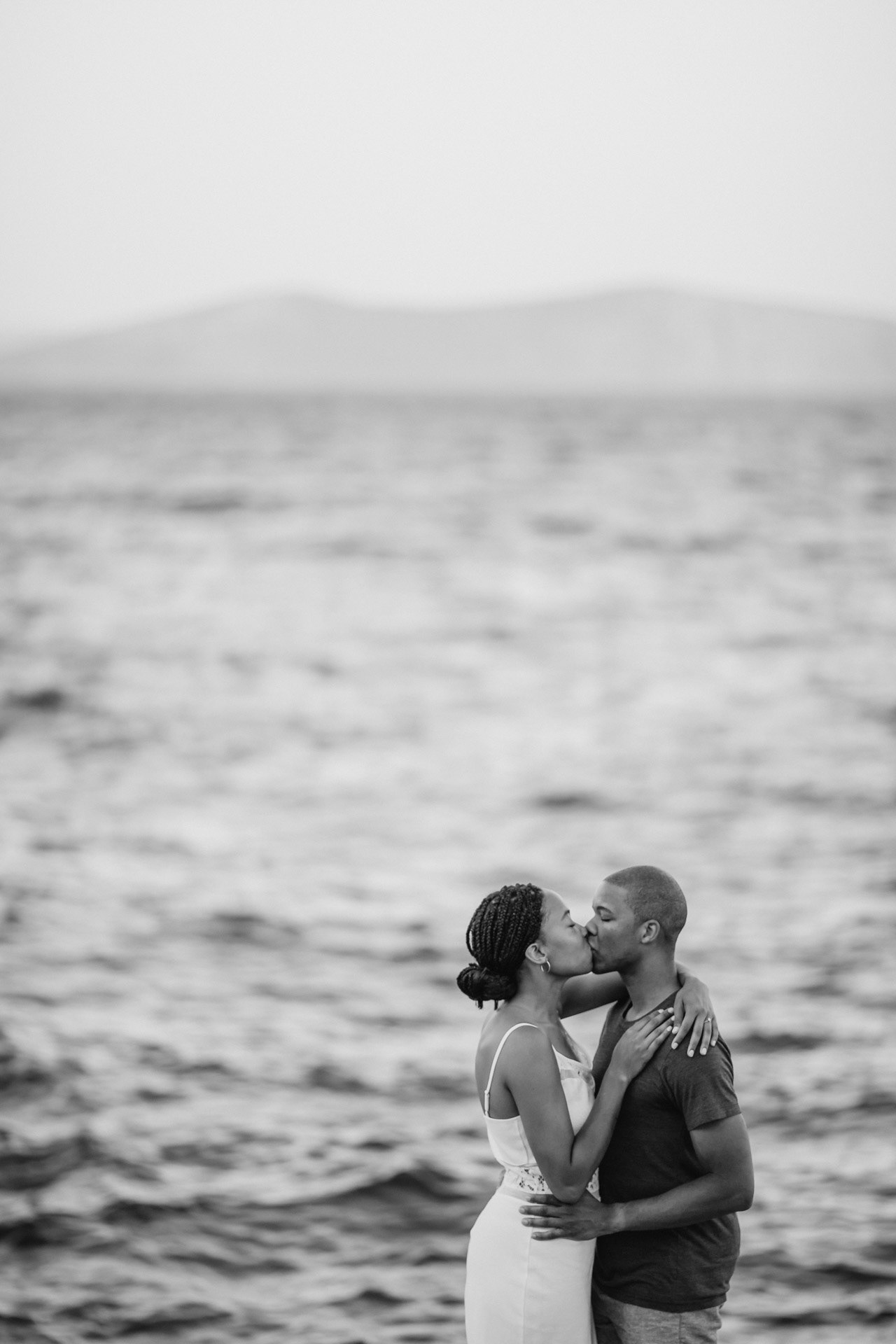 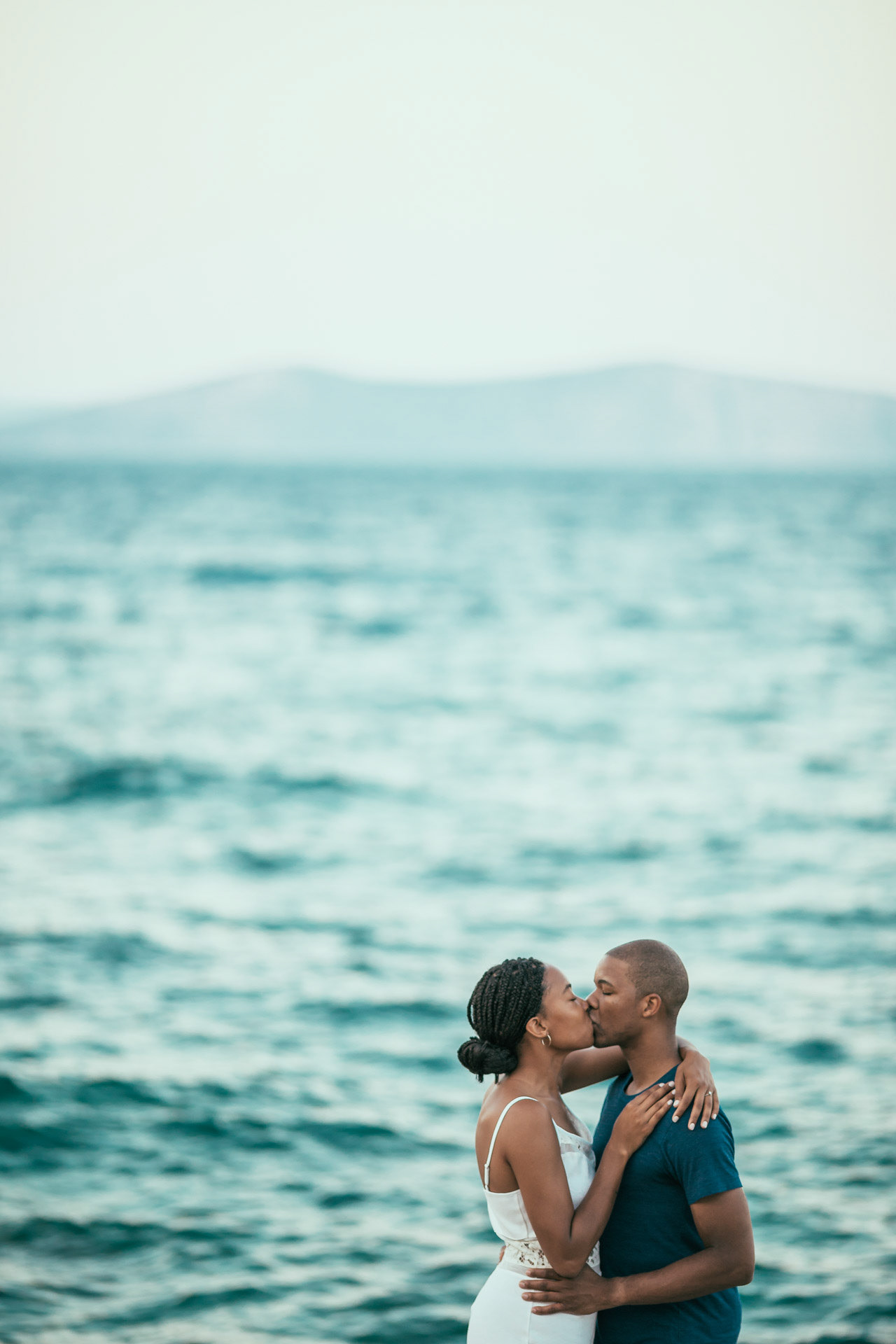 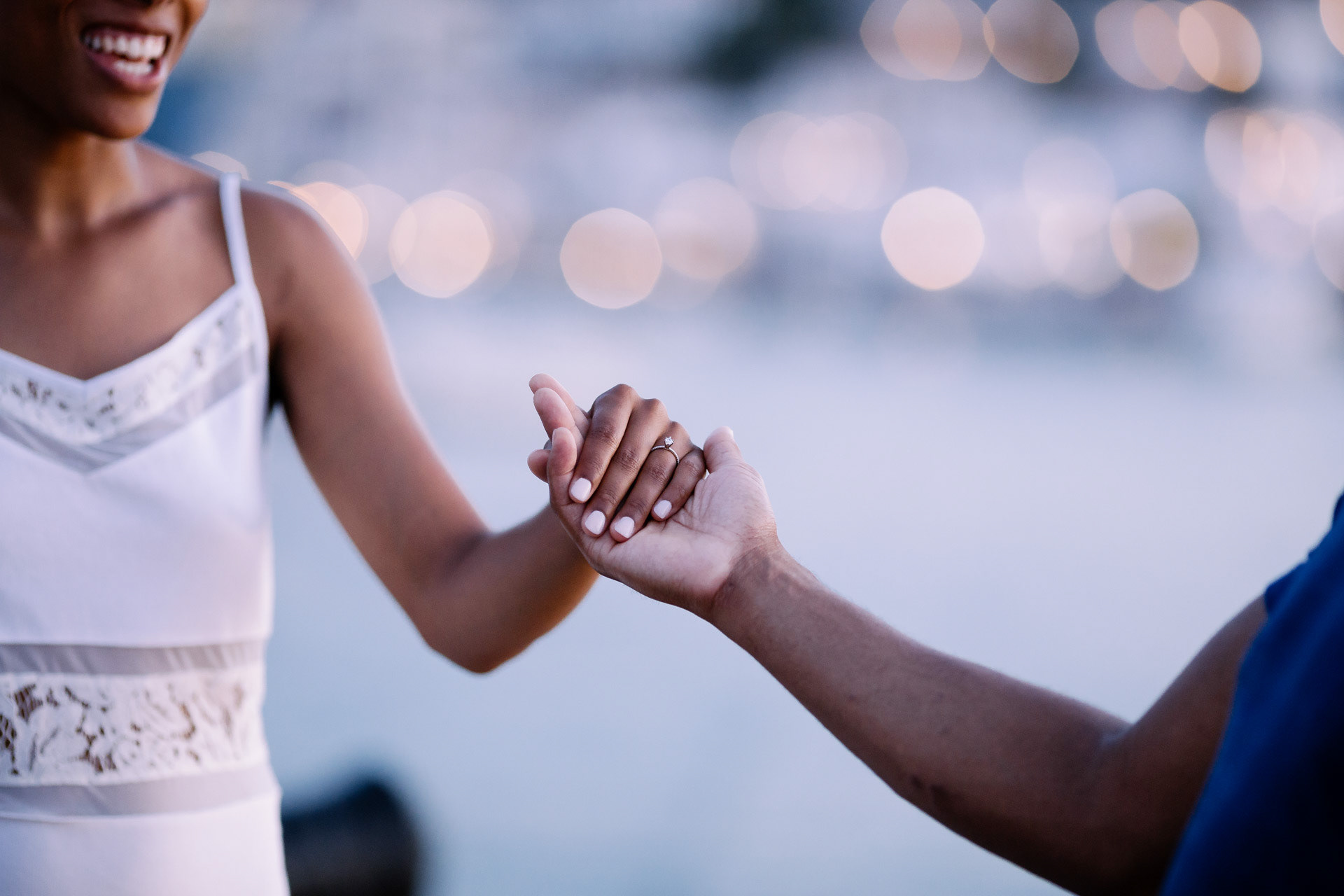 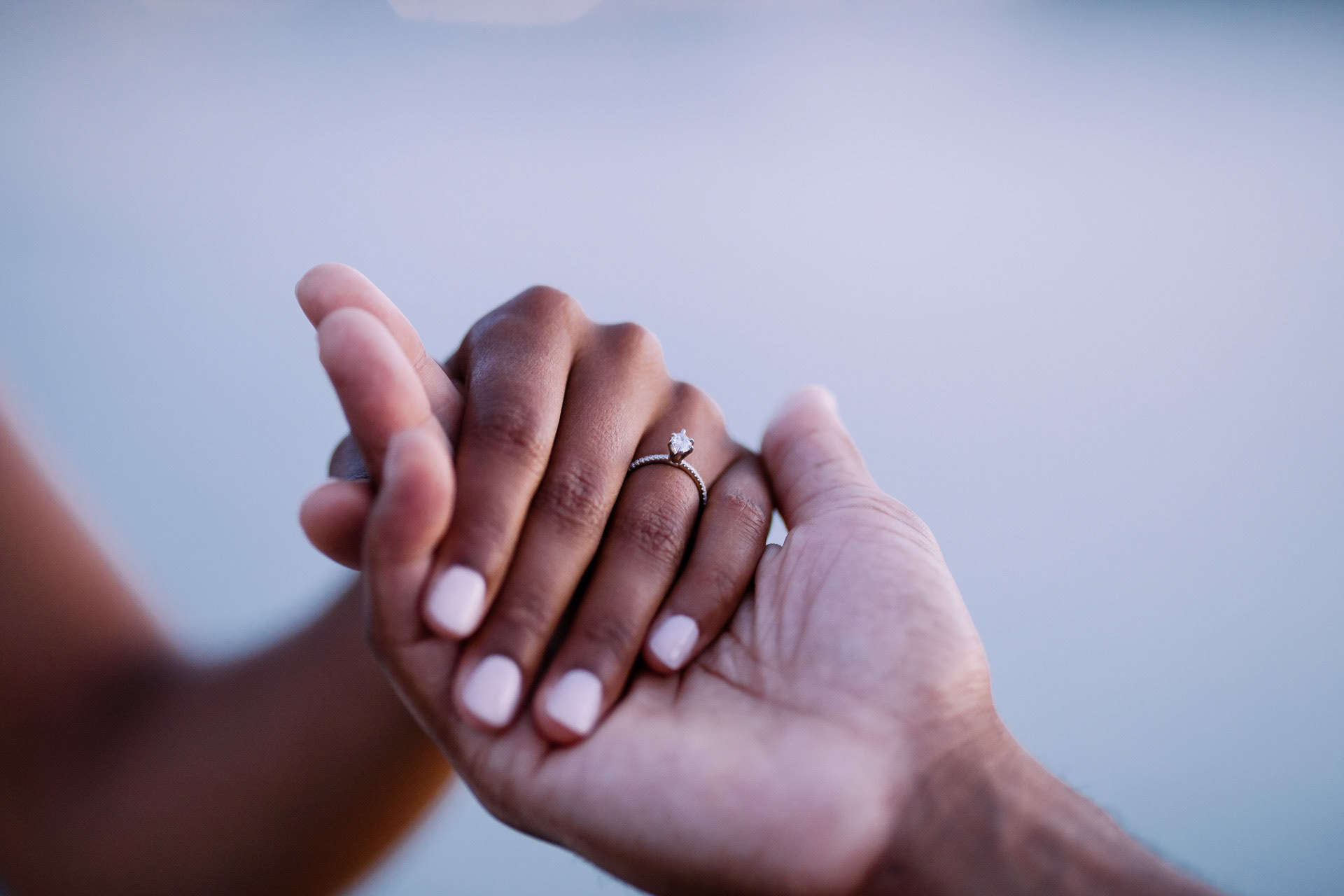 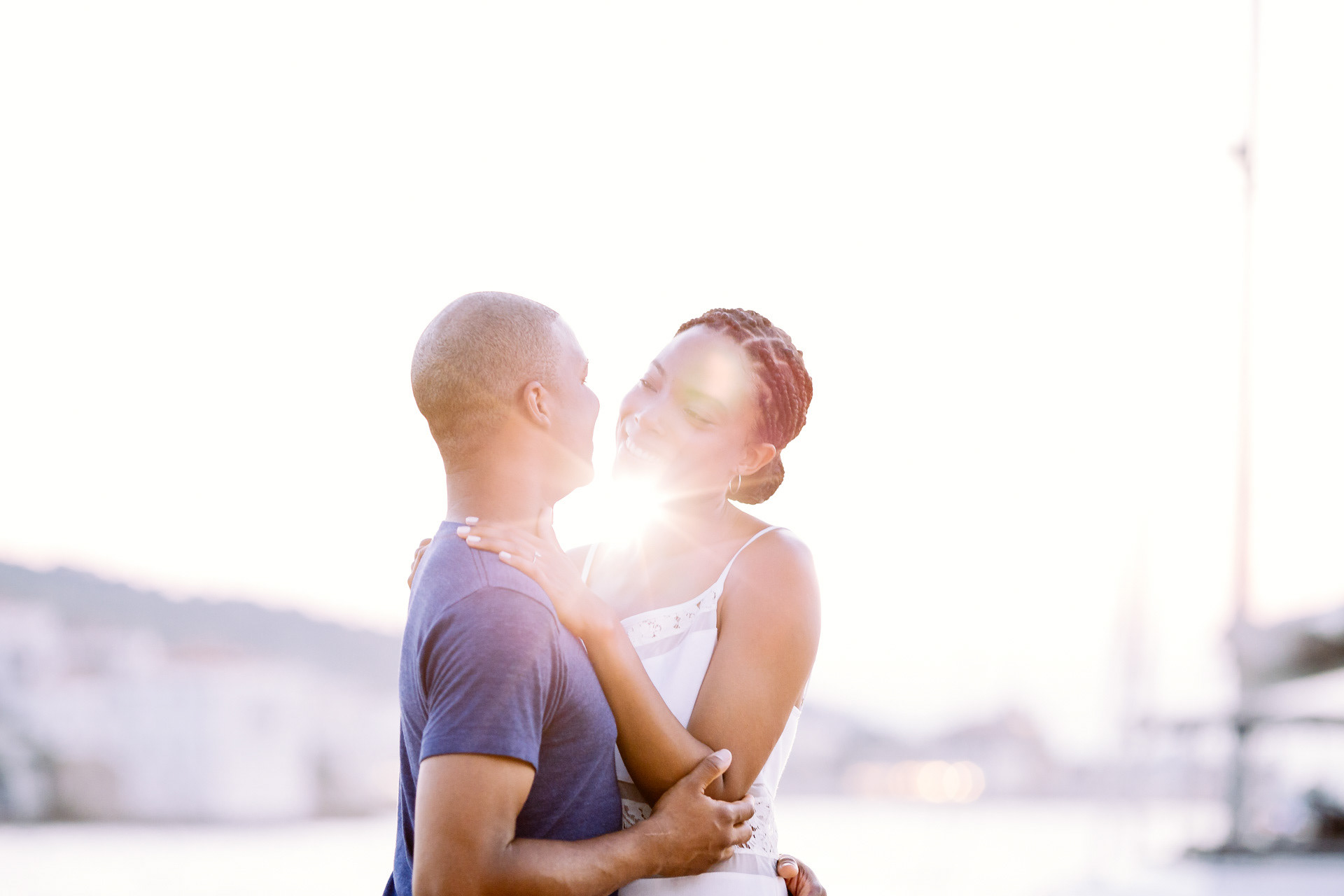